We know that, at times like this, it’s hard to keep your head up, keep motivated, and, most importantly, keep running. But, at Sports Travel International, we understand how important it is to keep motivated and keep moving in these, the most unprecedented of times. We recently caught up with one of our frequent runners, and six star World Marathon Majors finisher, Denis O’Donnell, to ask him about his marathon journey. How he came to run, what motivates him, and what he is looking forward to for future races. A self admitted unlikely marathon hero, we hope that his story can inspire you now, as it already has so many others….

…Over to you Denis..

When did you start running?

I began running in the autumn of 2011, in my local gym on Arranmore Island.

What made you decide to start running marathons?

I began running for health reasons, and to lose weight.

When and where did you run your first marathon?

Was it is conscious decision to go after all six majors, or did that journey just develop by itself?

After I ran London, I wanted to do the other 5 majors. I was talking to other runners who done London, and some of them had the six majors. I decided I wanted that too. I enjoyed the buzz of London so much I wanted to experience that again in other cities. 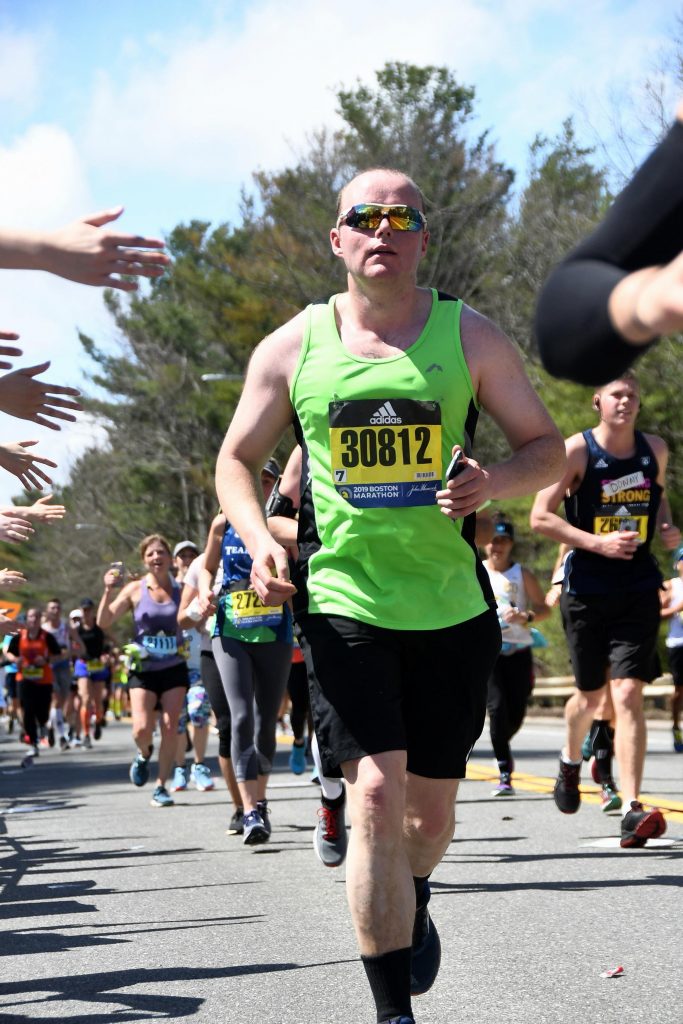 Which has been your favourite, or most memorable marathon?

They are all great for different reasons. Tokyo in 2018 would be my favourite. It’s the furthest away. The most cultured city out of them all. It’s a huge city, just like the American ones, but you also see the ancient parts of it, like the temples. I did that particular marathon in memory of my mother, who’d passed away only 9 months previously. I wanted to do something to honor her. I fundraised also, for the Irish Heart Foundation, for that race. I got a lot of support from people who knew me. It was a very memorable marathon.

What has been your most challenging moment, and how did you overcome it?

The most challenging moment was when my mother passed away. Losing someone I was so close to was very difficult. The following week, after she died, a Darkness into Light event was happening on the island. I brought the event to the island a few years ago. I am Chairperson. I had this event to put on just a week after she died. I spent many months working hard on it. I put so much into it; I was determined to see it through. I thought she would want me to carry on. She would be more proud of me; doing something to help others, rather than doing nothing and grieving.

I did my speeches on the night, and all my duties. It felt great to do it. Also, I started running soon afterwards. I continued doing fundraising and other events. I kept myself busy and set myself challenges. I think running is a great way of releasing emotions. You feel better after it. It’s not only good for the physical health; it’s also good for mental health.

Can you tell me a bit about your training?

I mix the training up. I run on the roads on Arranmore. I train alone. I am very lucky; it’s a very scenic run no matter which route I take. My favourite is running towards the lighthouse. There are beautiful cliffs and sea stacks along the way. The road can be challenging as it’s hilly. The scenery keeps me focused. I sometimes run on the beach. Other times, I do speed work on the football pitch. If the weather is very extreme, I will use the gym.

Do you have any plans for more marathons?

I have completed 12 marathons in total. I plan to do many more. I would hope to do three this year. I’m returning to run New York in November. 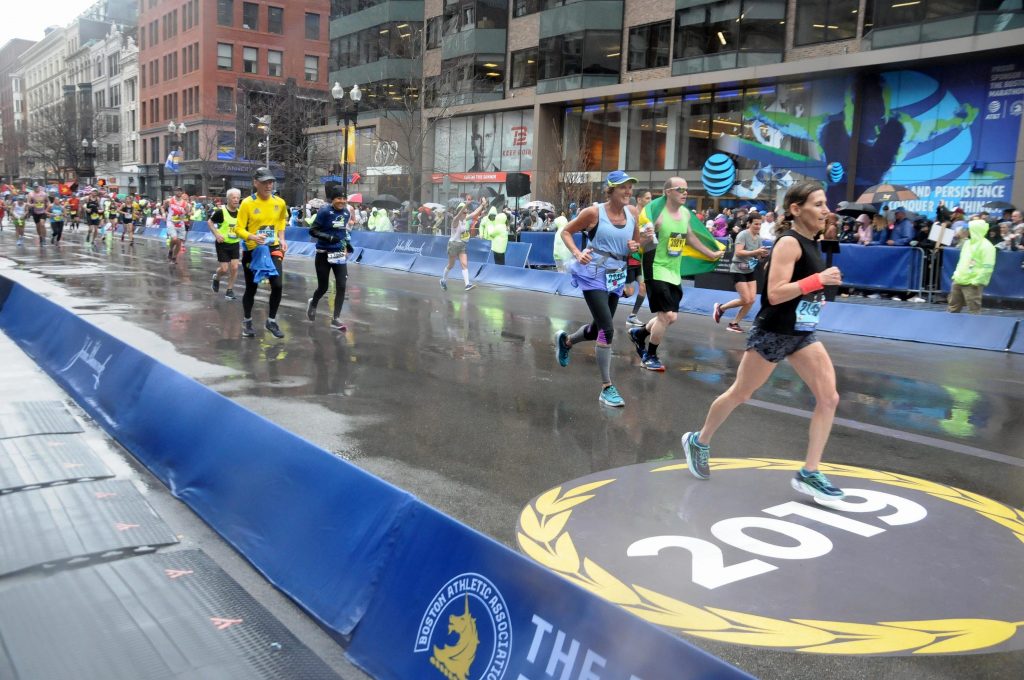 Do you travel to Marathons with friends/family?

I travel alone. I have made many friends on the sports tours.

What is the best part of travelling with Sports Travel/Tours International?

The whole experience. They make the whole thing easier with their assistance.

If there is anything else you would like to add about your marathon story/experience please let me know.

When I was a child there wouldn’t be one person, even myself, that would have believed I would become a marathon runner; never mind completing all six majors. As a child I had a funny run. Other children in the schoolyard made fun of it and called me names. This stuck with me for years. When I was in my 30s I developed Sarcoidosis, a chest condition. I had a bad cough and was wheezy. I was short of breath. I thought my best days were behind me. I put weight on with medication and bad eating habits. I think those things together with what happened when I was young, and the chest condition, made me a very unlikely runner. The message I try to send out that anyone can do anything if they believe in themselves and work hard. It doesn’t matter what anyone else believes.

At the end of each race I tell all my followers to never ever give up and to dream, believe, achieve…… 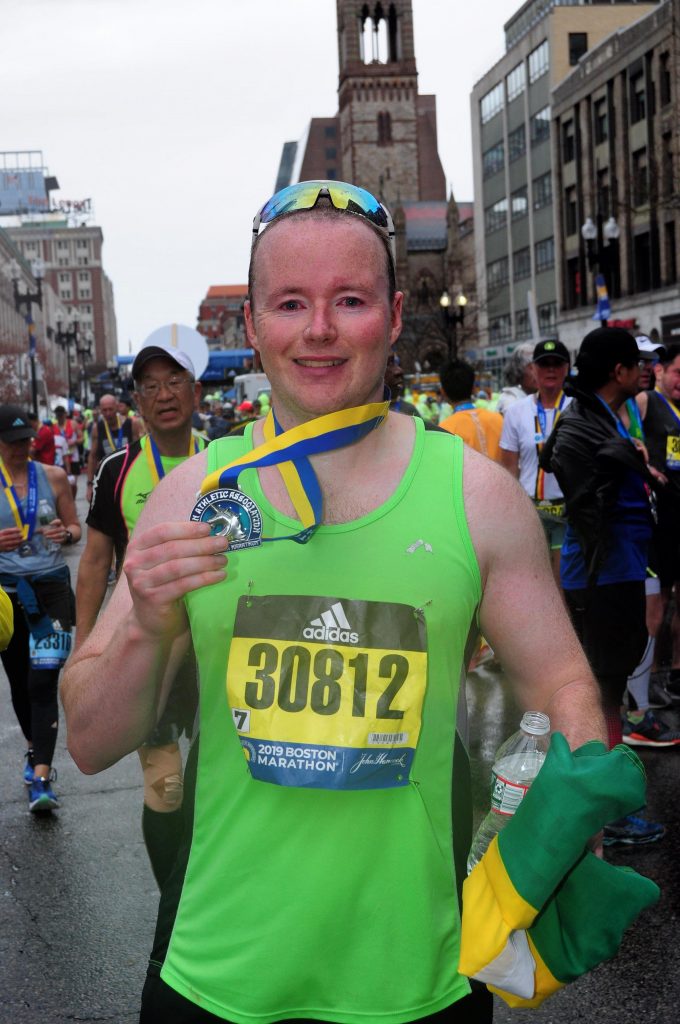 Who's your sportsperson of the year? It's nice to see @Sammmy_Be nominated for his brilliant @LeTour display claiming the Green Jersey rte.ie/sport/other-sp…

Love this from @irishathletics and @runphysiocm Have a read of this for 5 tips to aid your recovery after a run 🏃‍♀️ 🏃‍♂️😃 twitter.com/irishathletics…

Live at The Sporting Year Ahead this Morning, our CEO @BirdyCM63 will be discussing a return to international sport. This should be brilliant along with the other speakers there’s going to be some fantastic insight sportforbusiness.com/live-at-… @SportforBusines pic.twitter.com/CCHuFlQvhw

Go on Dublin, on your bike 😀 love this from @NOWTVIreland @Sammmy_Be @JosephMcgucken What a brilliant way to keep active twitter.com/NOWTVIreland/s…