Sports Travel International - Chicago: Be Blown Away on your Visit to the Windy City in 2021!

Chicago: Be Blown Away on your Visit to the Windy City in 2021!

Our packages for the 2021 Bank of America Chicago Marathon are now on sale! We love this super fast and friendly Abbott Marathon Major. There is, however, far more to the ‘windy city’ than first meets the eye.

Here’s our quick guide to some of the reasons we think everyone could fall in love with this gem of the Midwest.

From deep dish pizza, to jazz clubs and gangster movies; whether you’re into parks or museums, sports or theatre; Chicago has a lot to offer to anyone. Best of all this city, on the banks of the majestic Lake Michigan, is a veritable heaven for runners. So, here’s our short guide to why the ‘windy city’ could blow you away in 2021! 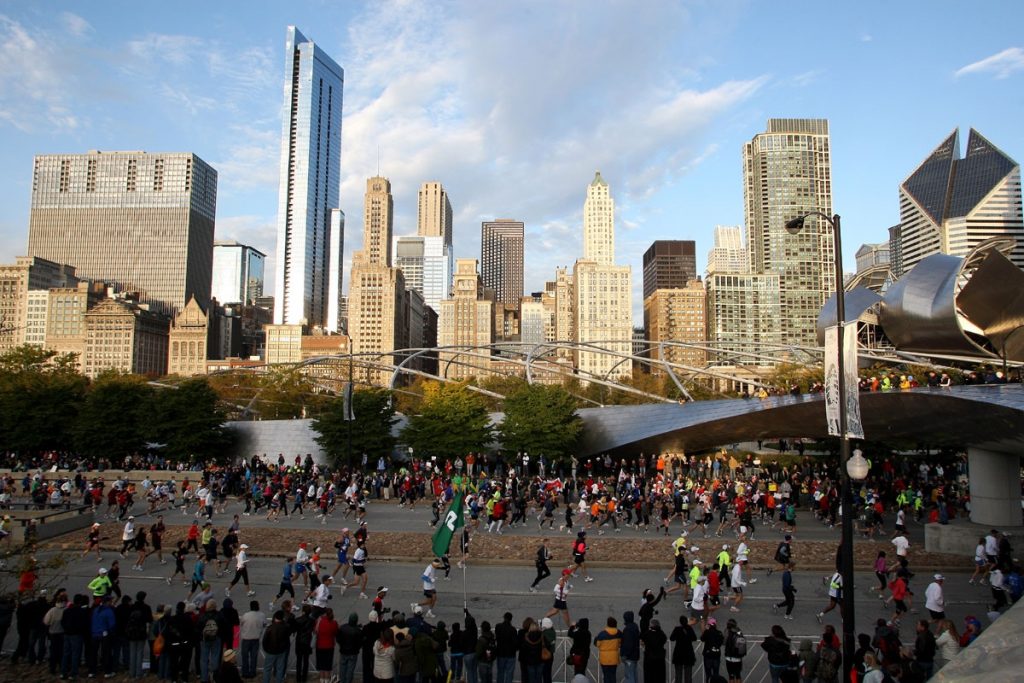 Chicago is sure to leave you asking for more. The home of deep dish pizza and Chicago style hot dogs; it shouldn’t be too hard to carb-load in this city. Known for its rich Italian, German and Mexican communities, there are a plethora of culinary opportunities open to you, including many other, world cuisines.  As far back as 2003, the Robb Report described Chicago as the USA’s”most exceptional dining destination”, and things have only been getting better since. 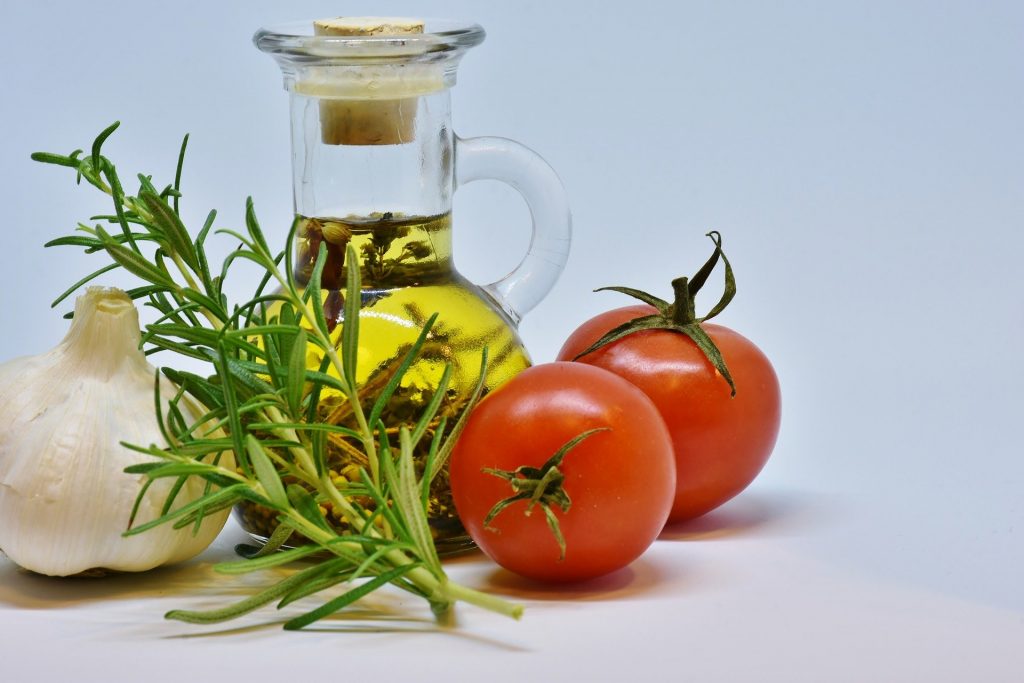 Chicago has always been a hub for the arts and culture in America. This city is the home of House Music. The, now widespread, genre originated from the underground club culture of Chicago in the 80s and 90s.

However, Chicago’s musical heritage goes much further back than that. Chicago Blues and Soul date as far back as the 1940s. Iconic Delta Blues artists, including Big Bill Broonzy and Muddy Waters joined the Great Migration. They went on to develop a more urban style of their music, in the north.

Chicago is also famed for its theatres and literature. The influential Poetry Magazine, founded in 1912 by Harriet Monroe, featured some of the most renowned poets of the 20th century, including T.S Eliot, Ezra Pound,William Carlos Williams, Langston Hughes, and Irish literary icon William Butler Yeats. In more modern times, the Chicago Poetry scene evolved to become the home of Slam Poetry. Watching a poetry slam, or one of the city’s famous improv shows, can easily become a highlight of any trip to Chicago.

Chicago has a long history of theatre, including the legendary Chicago Theatre, built in 1921. Chicago’s theatres are often the venues where writers will try out new shows, before they target Broadway, so you could see the next big thing on your trip to Chicago. 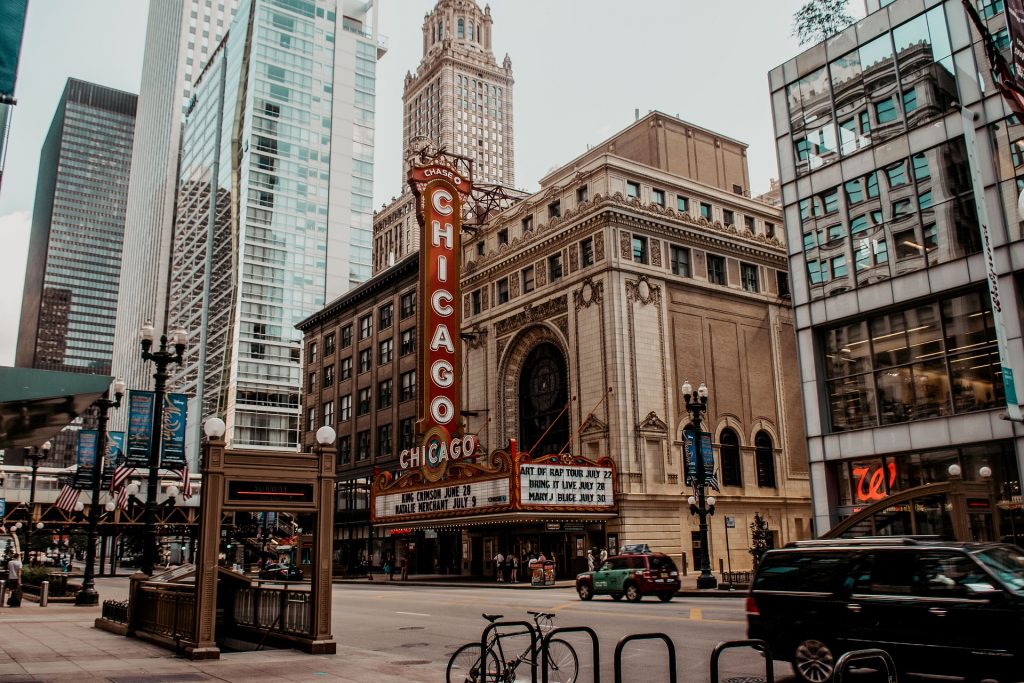 Known for its impressive architecture, the great buildings of Chicago also house several museums, galleries and cultural institutions. One of the most diverse cities in America, Chicago is home to the Chicago Cultural Alliance, a consortium of community-based ethnic museums, cultural centers, and historical societies, which aim to “connect, promote, and support centers of cultural heritage for a more inclusive Chicago.”But, it is not only indoors that you can enjoy the best of the windy city.

On the 94th floor of the John Hancock Centre (at one time the second tallest building in the world) you will find the 360 Chicago Observation Deck. The floor of the observatory is 1,030 feet (310 m) above street level. In summer 2014, 360 Chicago added its TILT attraction, a series of floor to ceiling windows that slowly tilt outside the building to 30°. While you enjoy the spectacular views at 360 Chicago, you can also enjoy local beers and spirits at 360’s own Bar 94. 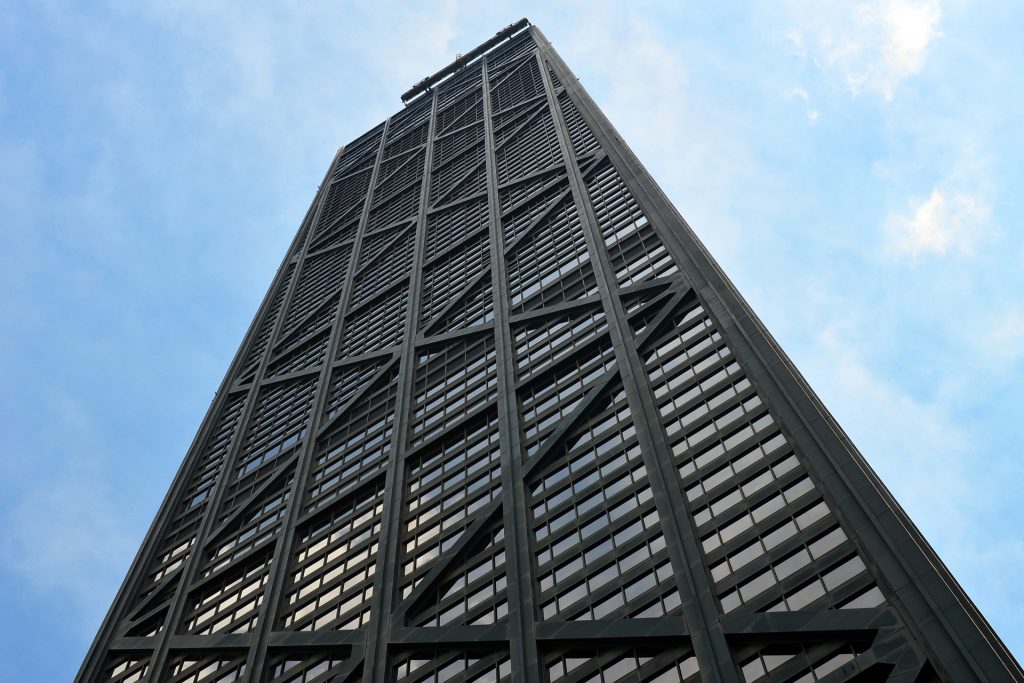 With over 600 parks on offer, the Chicago park district is one of the vastest and most varied on the planet. Perhaps the most famous, Millennium Park, has been enormously popular since it first opened in 2004. Not only does it boast some 24.5 acres of green space, it also boasts an impressive line up of open- air cultural events including a summer concert line up, and movie screenings. 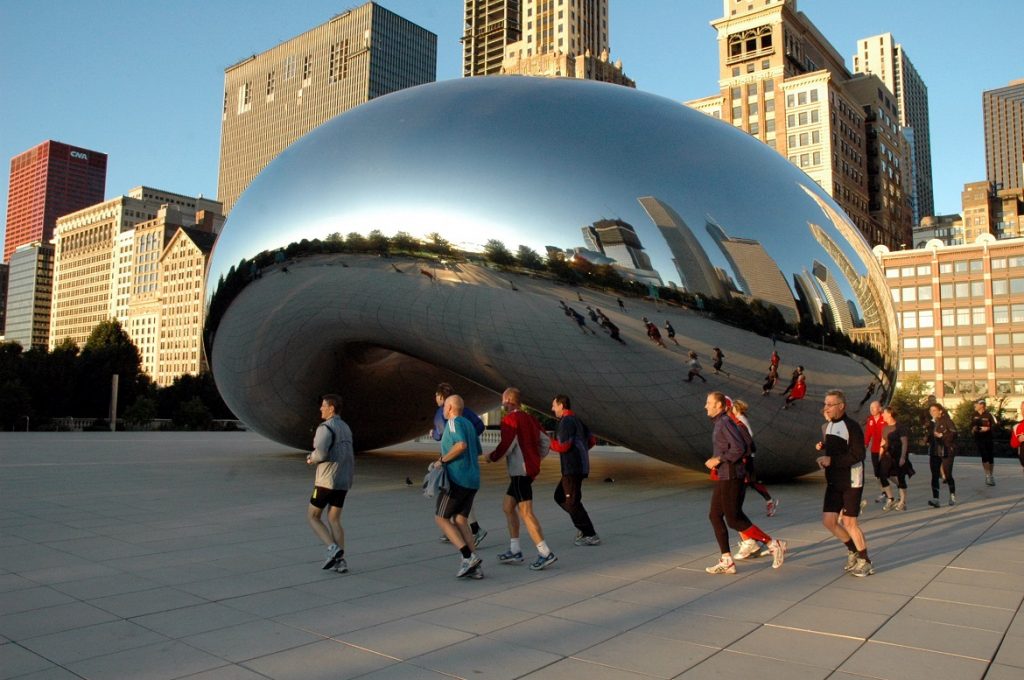 Stretching 28.9 km along the bank of the beautiful Lake Michigan; Chicago’s Lake front trail meanders through and connects Chicago’s four major lakefront parks as well as several beaches and recreational amenities. The LFT was the city’s first official bike path (designated in 1963), and it has grown exponentially in popularity ever since. Used by tourists, joggers, recreational cyclists and runners alike, the trail links many of the lake front’s most notable attractions, such as Lincoln Park Zoo, the Museum of Science and Industry, and Chicago’s most visited attraction, Navy Pier. 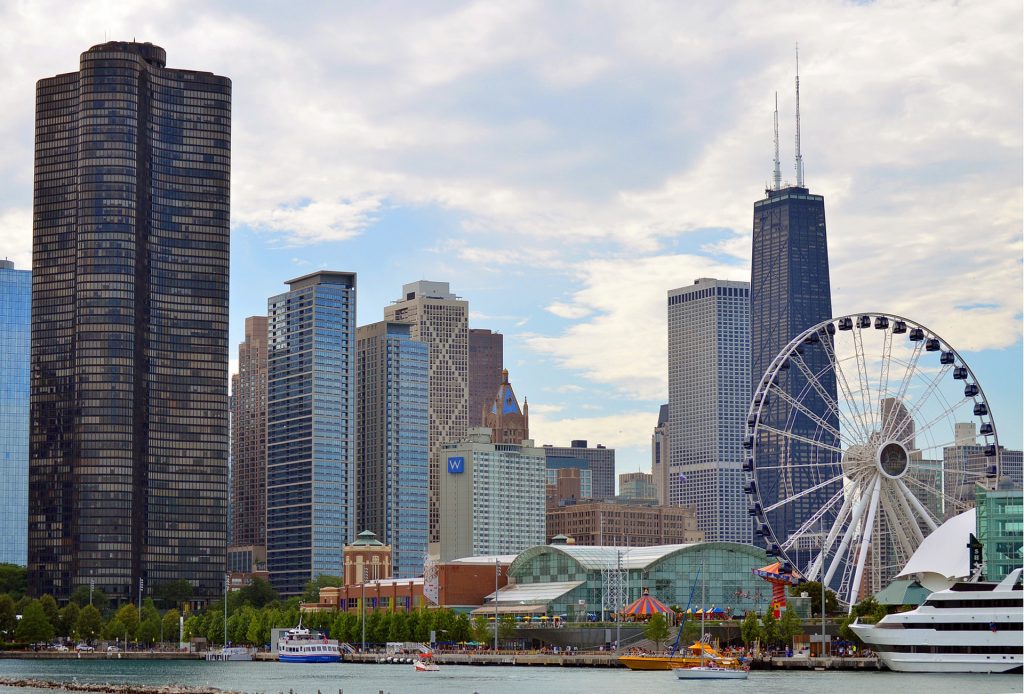 It goes without saying that Chicago is a bucket list city for runners. Home of the Bank of America Chicago Matathon, one of the prestigious Abbott World Marathon Majors. The abundance of park space and trails make for a city seemingly purpose built for running, and the city’s stellar marathon history, including five world records broken at the Chicago Marathon, make this a bucket list destination for many dedicated long distance runners. 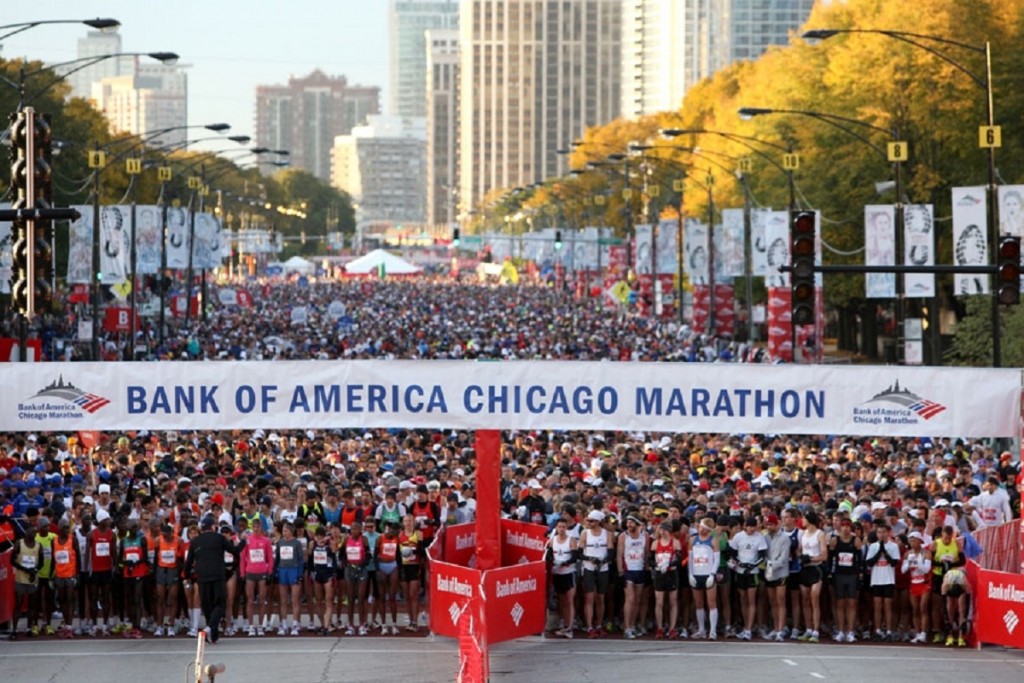 However, running is only the jewel in the crown that is sport in Chicago.  Chicago is a well known centre for Basketball, Baseball, American Football, Ice Hockey, and Soccer. Chicago was named Sporting News’s “Best Sports City” in America three times, in 1993, 2006 and 2010.

If you want the ultimate running experience in a multifaceted, multicultural and ever evolving modern city, where better to choose than Chicago. Our professional and experienced team will ensure your race experience runs smoothly, and can direct you to all the best sights and sounds of the city.

To find out more about our trips to the Bank of America Chicago Marathon, see our full details page, HERE.