If you’re looking for an exhilarating yet challenging experience, you need not look much further than running a marathon.

But, while many runners do what they do to keep fit, others choose to kill two birds with one stone and use running as an opportunity to explore the world around them.

If you’re a City Break kind of person, why not combine the two and discover a brand new location and conquer a marathon at the same time?

At Sports Travel International we’re experts on all-things running and travel, and have been for a long time! So when it comes to City Marathons we like to think we know what we’re talking about!
Here are just a few of the amazing City Marathons we’ve got coming up: 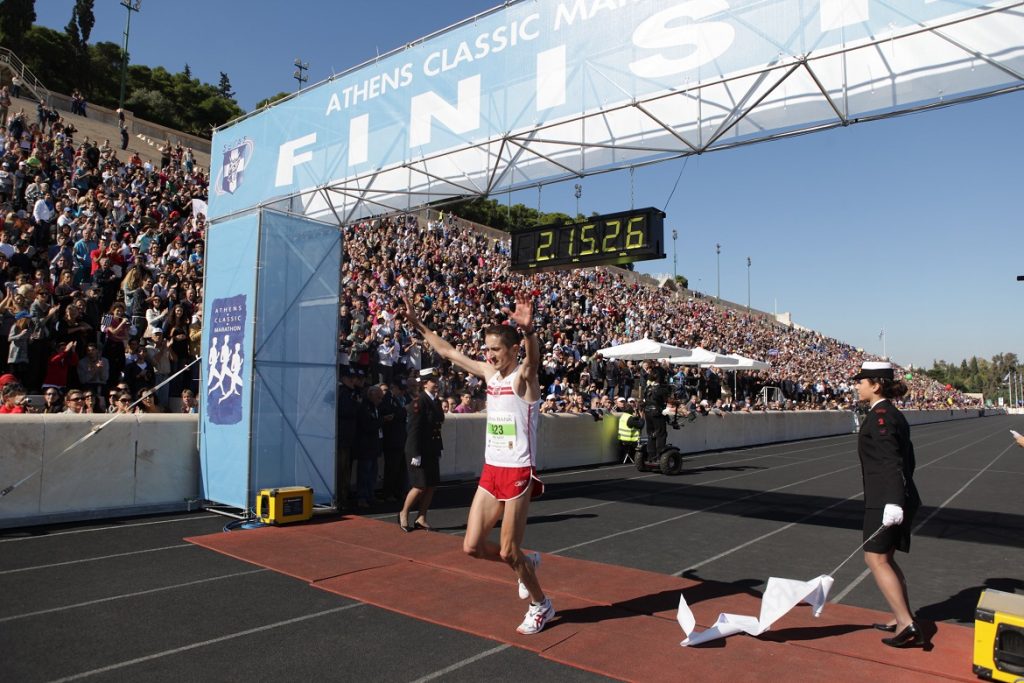 Where better to begin than the very start?

Athens – the birthplace of the modern marathon – is descended upon every year by thousands of avid runners.

When the Greeks declared victory over the Persions at The Battle of Marathon (yes, that’s where it comes from!) it was the duty of soldier Pheidippedes to deliver the news to his countrymen. Now you too can run the iconic route ran by Pheidippedes that played such an important part in Greek history. Plus, the Athens Olympic Stadium, which hosted the very first official Olympic Games in 1896 will serve as your finishing line. It’s arguably the single most significant sporting venue in the world! This is along with all the other stunning sights you’ll get to see.
From your base at the Hotel Airethon Parthenon you’ll be in prime position to travel to any place in the city for some much-needed sightseeing. But we don’t let our runners go hungry; your stay will include breakfast and 3 course evening meals!

Become a part of Greek Mythology and create your own story! 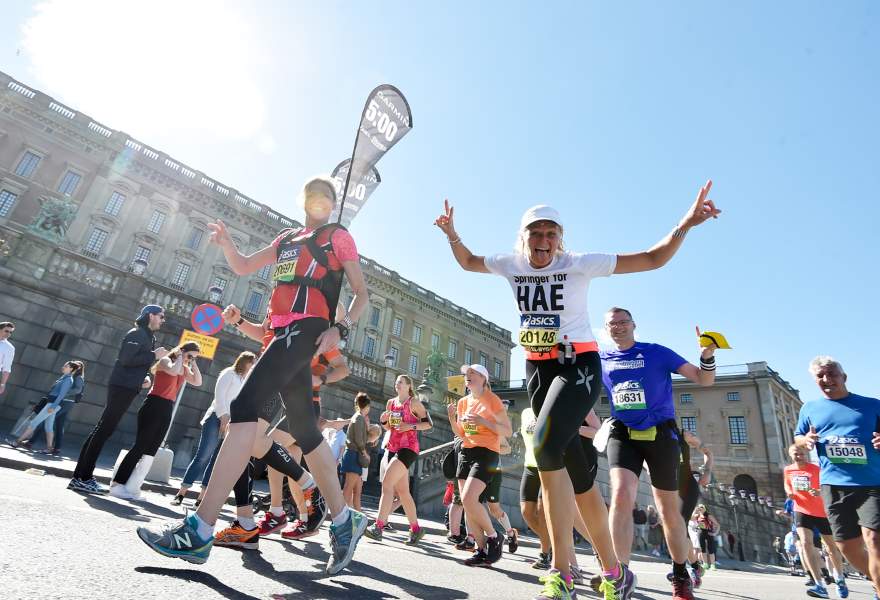 The Swedish have always been the innovative sort and the same can be said for their efforts in marathon running!

The world-famous New York City Marathon served as a huge influence over what would become the ASICS Stockholm Marathon. Sports Journalist Anders Olsson created the event way back in 1979 and it’s still going strong to this day!
Both locals and tourists enjoy the event every single year. But, given just how awesome the Swedish scenery is, this is no surprise.

The medieval city of Stockholm is built at the centre of a large group of islands (or an ‘archipelago’) and is widely considered be one of the most beautiful cities on Earth.

But the real beauty of it is that wherever you are, you’re always within reasonable travelling distance of anywhere in the city, making for an ideal sightseeing adventure! Don’t worry, though. Compared to other major marathons this one is much more relaxed and straight-forward. Though, if you’re still feeling nervous, there is a practice 5k run the day before to get you back in the swing of things! 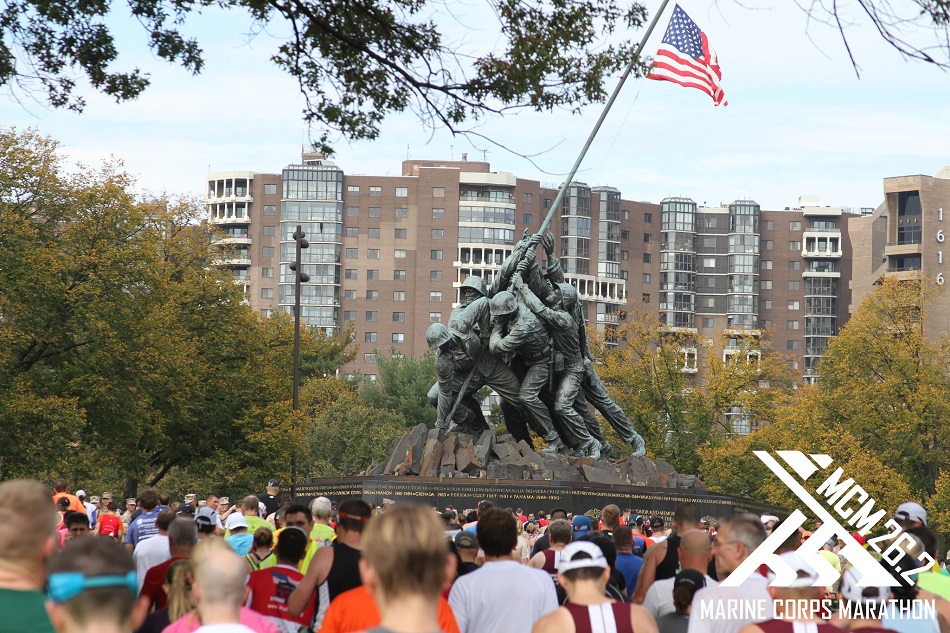 Famous marathons often cement their legacy and story over a period of years, or even decades. But this marathon brought with it a close relationship with war veterans and the American Military right at the start.
In 1975 there was still much tension between the military and the post-Vietnam community, which is why Colonel James L Fowler created the marathon to forge a relationship between the two. Alongside this, the marathon would also raise money for injured military personnel such as marines.

Given the vein of American Patriotism that was immediately twinned with the event, it made all the sense in the world to hold the marathon in the birthplace of American politics – Washington DC. The “Marathon of Monuments” which was titled for obvious reasons, takes you past some of the most recognisable landmarks in the American capital.

The general distance is 10K, but for 2019 there is a staggering 50k route for those looking for a real challenge! And after all is said and done, you can return to the hotel before heading out for a celebratory drink in a local bar – you’ve earned it!

Book now for a real taste of American history! 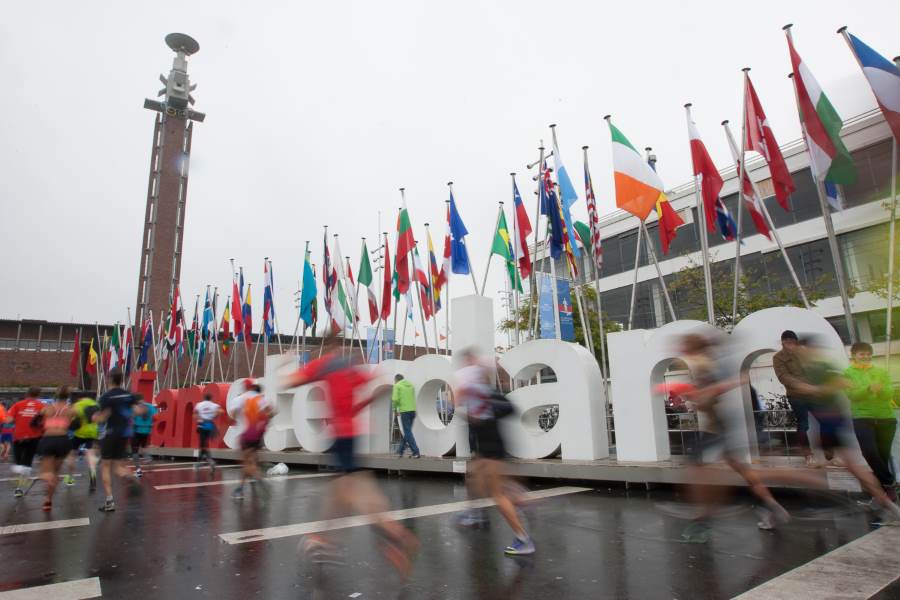 If you asked people what were the most popular destinations in all of Europe, Amsterdam would consistently appear near the top of the list.

Once home to some of the most famous names and brands in the world (Vincent Van Gough and Anne Frank included) the city is particularly influential in European culture and is widely regarded as the cultural centre of the Netherlands.

Runners in Amsterdam are treated to the city’s gloriously preserved classic 17th century style – no wonder they keep coming back! With our Amsterdam Marathon trip you can experience all this epic city has to offer, including the start and finish line in the Olympic Stadium, the passage through the Rijksmuseum, the stretch along the Amstel River and running through the wonderful Vondelpark.

But if you need some variation, you’ll have the choice of a full marathon, half marathon or 8K. So whatever your experience level, we have something to suit you.

There will be plenty of time to experience the magnificence of the city away from the run. Oh, and don’t forget about your very own VIP Pasta Party the day before the big race!

We know that it's been a tough few months but things will get better and we can't wait to help you on your next overseas active adventure. We are looking forward to experiencing that amazing community spirit again on our trips at some point in the future. #Goodtimeswillreturn pic.twitter.com/RVKYarqdtK

This is the most iconic triathlon finish line, although we won't get to experience it in 2020, we're looking forward to 2021 and to helping triathletes take on the legendary Challenge Roth. sportstravelinternational.com… #triathlon #challengeroth @tri_ireland pic.twitter.com/hdl1Ju1OOG

@ThePlanJan @nyrr @nyrrnews Hi Jan, no not yet, we have to prepare for the event to go ahead until we are told otherwise by the event, but as with all the other events as soon as we have further information we will obviously let all of our runners know asap, we hope you're staying safe. Thanks

The rearranged cycling calendar has been confirmed. We take cyclists and cycling fans to the world's best races and hopefully soon we will help you experience amazing races again. Here's the new calendar sportstravelinternational.com… #cyclingcalendar #lookingtothefuture