Sports Travel International - Running for Your Life… How Does Running Impact Your Health?

Home > News > Running for Your Life… How Does Running Impact Your Health?

Running for Your Life… How Does Running Impact Your Health?

Is Running Really Good for You? And, How Much Running do You Need to do to Enjoy the Health Benefits?

If you’re a regular runner, you’ve probably heard it all before. ‘All that running can’t be healthy. “You mean you run, for fun? Or the good old favourite, ‘But what about your knees?’ 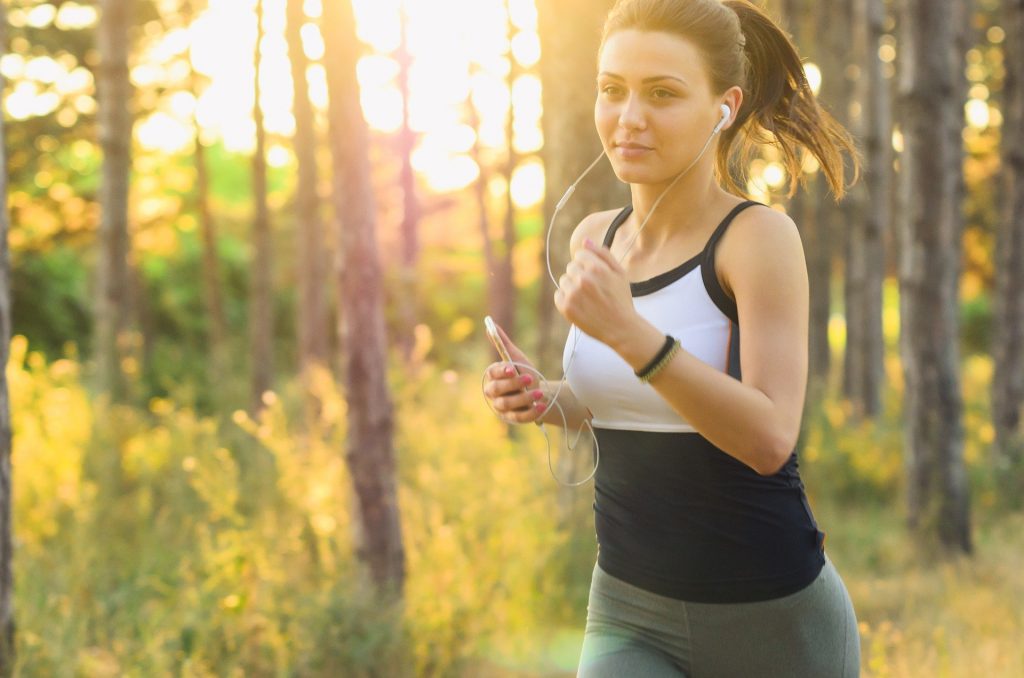 99% of the time we brush these comments off, lace up, and head out. But, every once in a while, you’d be forgiven for wondering is all this running really good for you?

As a keen bunch of runners and cyclists ourselves, here at Sports Travel International we wanted to debunk some of the myths. We investigated the pros and cons of lacing up for your daily jog. From weight management to well being and everything in between, to find our how running really impacts your health.

So, Let’s Start with the Big One. Is Running Bad for Your Knees?

Long term studies have now shown that, far from damaging your joints, running may be beneficial to the knees.

David Felston of the University of Boston states

Other studies have demonstrated that exercise stimulates the cartilage to repair minor damage and therefore promotes joint health. People who have been regular runners in their youth are also more likely to remain active into their 60s and 70s (even if they have swapped running for another activity). So, running really can set you up for life.

There are, as with everything, some exceptions to the rule, Nancy Lane, a specialist in rheumatology and diseases related to aging, warns that if you have suffered severe knee injury, especially one requiring surgery running may increase your risk of knee arthritis. Running ‘fast’ regularly can also cause damage, with Lane suggesting a pace of around 8 – 10 minutes per mile and running faster in moderation. 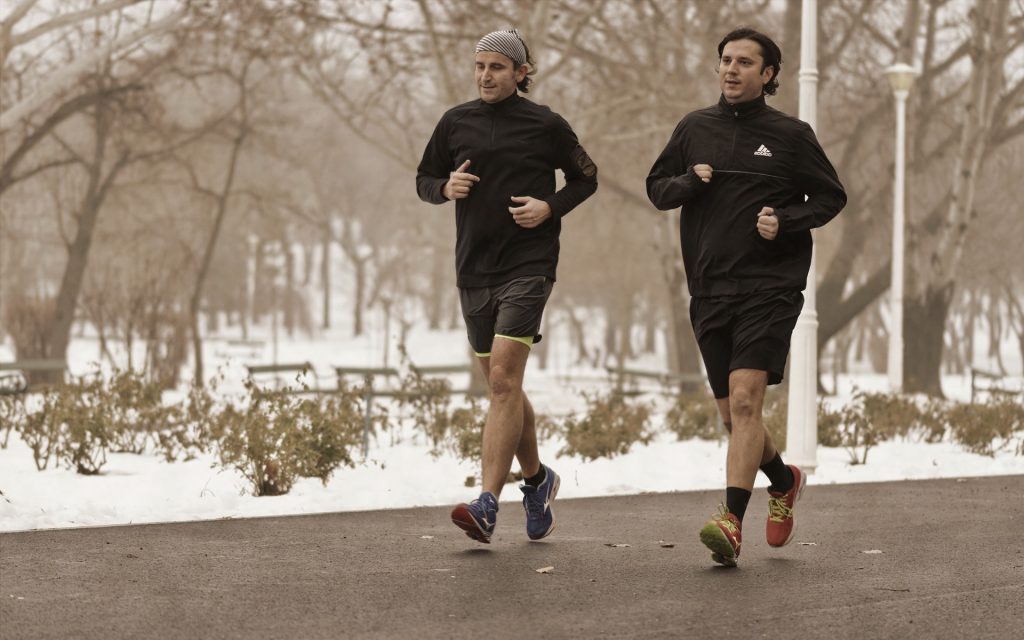 “Any type of aerobic exercise has a positive effect on the heart,” says Dr. Dan Meyer, chief of cardiac transplantation at Baylor Scott & White Health in Dallas.

While there is still a lot of debate on how much running is too much, and the negative effects of over-training, there is very strong evidence to suggest that even a small amount of running can have a positive effect on your cardiovascular health.

A recent study in the American College of Cardiology Journal concluded that,

“Running, even 5 to 10 min/day and at slow speeds [slower than 10 kmh] is associated with markedly reduced risks of death from all causes and cardiovascular disease.” 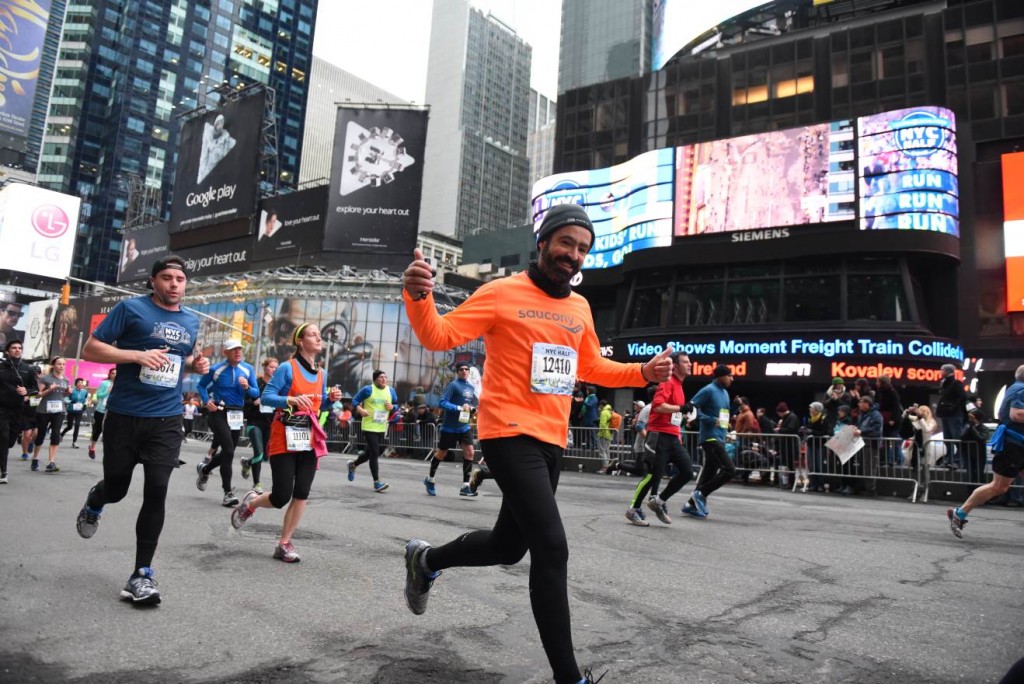 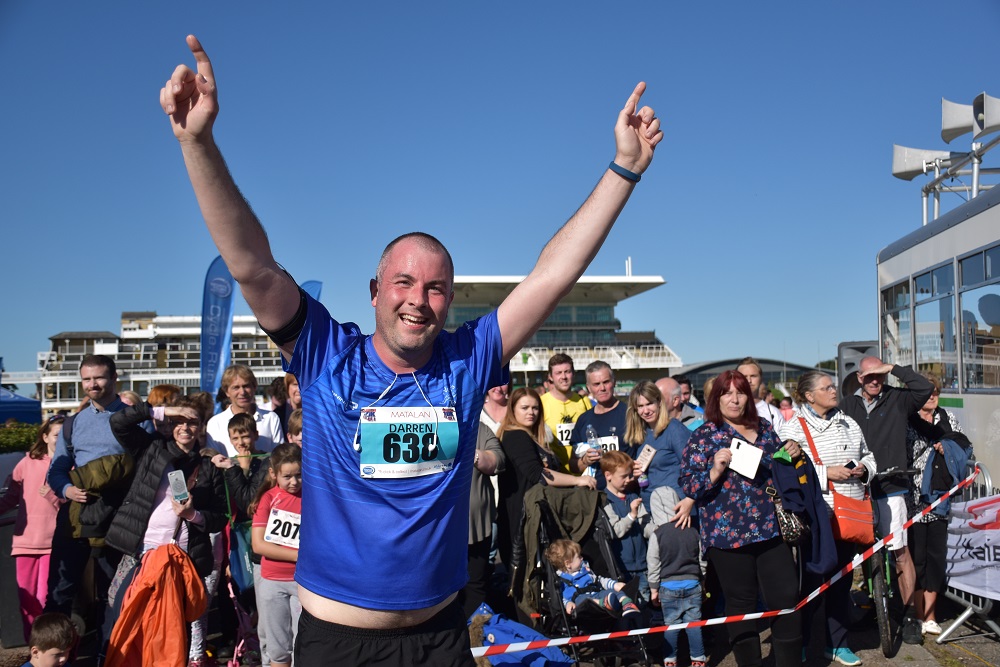 Running for 30 minutes is guaranteed to burn 200 – 500 calories. Now that might not sound like very much, and yes there is some truth in the adage ‘you can’t outrun a bad diet’. But exercise can play an important role both physically and psychologically when you’re trying to lose a few pounds. Benefits of a combined nutrition and exercise approach to health, aside from calorie burn, include,

Stress Reduction – which can prevent habits such as emotional eating.

Improved hormonal responses to food such as insulin sensitivity.

A sense of accomplishment which may increase motivation to improve other behaviours. 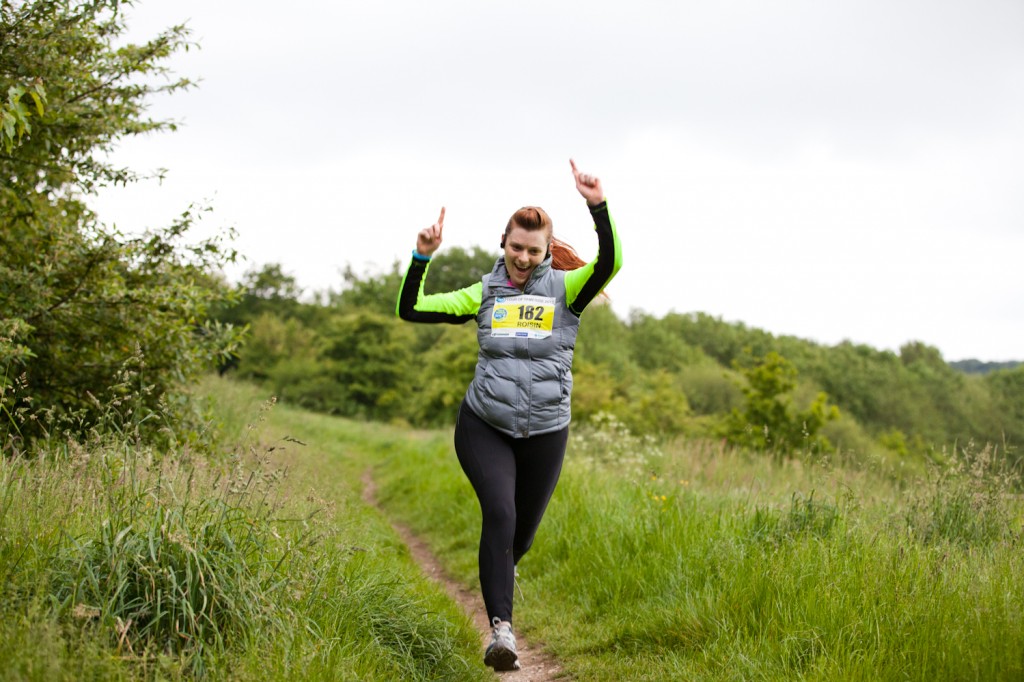 The heart is a muscular organ, and, like any other muscle in the body, responds to exercise.

Running strengthens the walls of the heart. Because of this, hearts of regular runners can pump a larger amount of blood per beat. Runners therefore tend to have lower resting pulse rates and intake a higher amount of oxygen, reducing the heart’s workload and increasing its overall efficiency.

People who run regularly reduce their overall risk of heart disease by up to 55%. Research conducted on 55,137 adults between the ages of 18 and 100 over a 15-year period found that runners had a 45% lower risk of death from heart disease or stroke than their non-running counterparts. Runners also lived three years longer, on average, compared to non-runners. The benefits of running were shown to be universal, regardless of other factors such as sex, age, body mass index, health conditions, smoking status, or alcohol use. Health benefits could even be seen in runners covering less than 6 miles a week at slower than 6/mph pace. 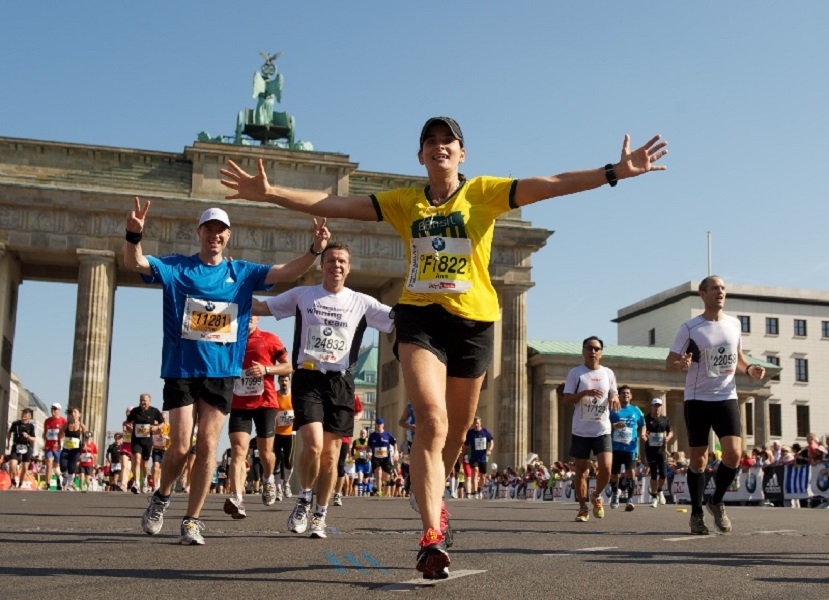 What About Running for Fun? 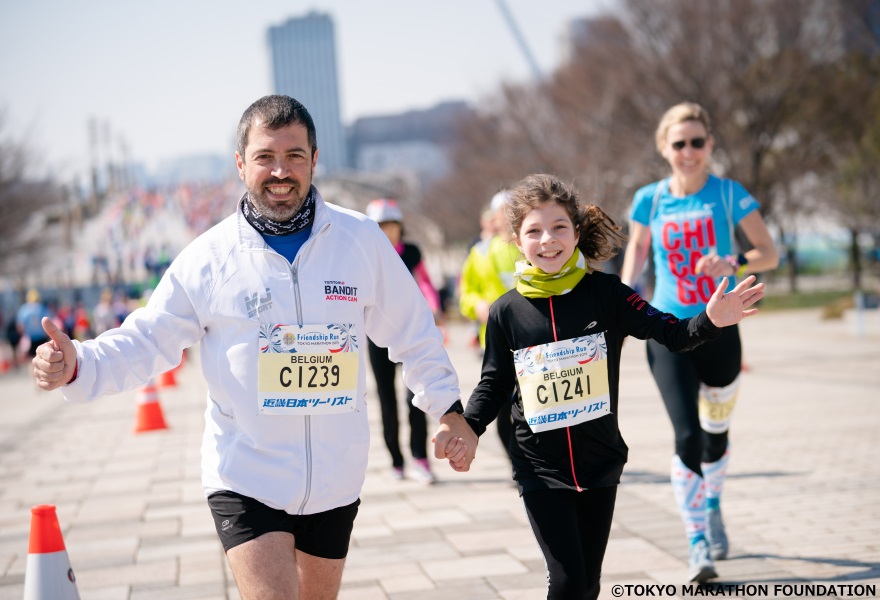 Well, we’ve all heard of the mythical runner’s high, but what if that myth was actually real? When we run, the brain releases two, powerful, mood boosting chemicals.

Endorphins interact with opiate receptors in the brain. They reduce the perception of pain and create positive feelings (similar to the body’s response to morphine) which overall results in feelings of well-being. That blissful post-run feeling, however, might be down to another chemical entirely. 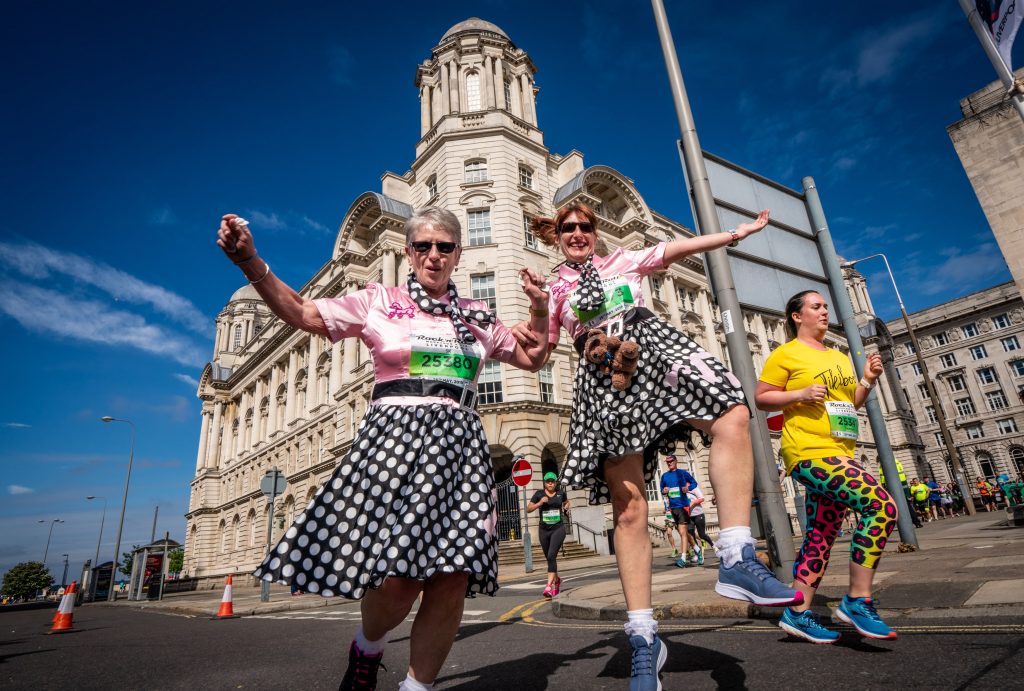 Endocannabinoids are also released during endurance exercise. They are known to pass much more easily from the blood stream to the brain than endorphins and are thought to promote short-term psychoactive effects such as reduced anxiety and feelings of calm.

The mental health benefits of exercise also extend far beyond the end of your run. Regular exercise has been found to promote better quality and a longer duration of sleep. It may also help you get a good night’s sleep because of its stress-busting and mood boosting qualities

The memory and learning centre of the brain, the hippocampus, has been found to increase in volume in the brains people who exercise regularly. This may lead to many benefits such as 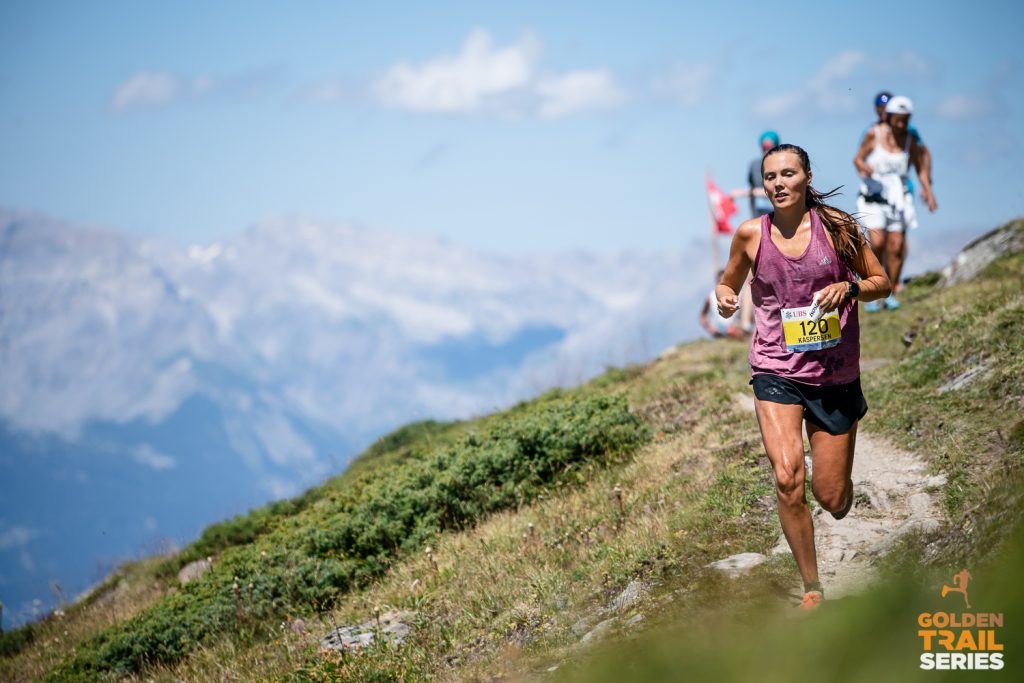 The other brilliant thing that running does for our brains is that it turns back time!

Ok, so, not literally, but research suggests that exercise may promote a process called neurogenesis. The process by which the brain produces new brain cells in certain locations. This might not only improve brain performance but may also prevent further cognitive decline.

Whether it’s boosting your mood or keeping you sharp while we get through lock-down and work from home, there is so much running does to keep us happy healthy, and indeed, injury free (most of the time). We can’t wait to see you on the start lines of the world’s biggest races soon, but until we can … 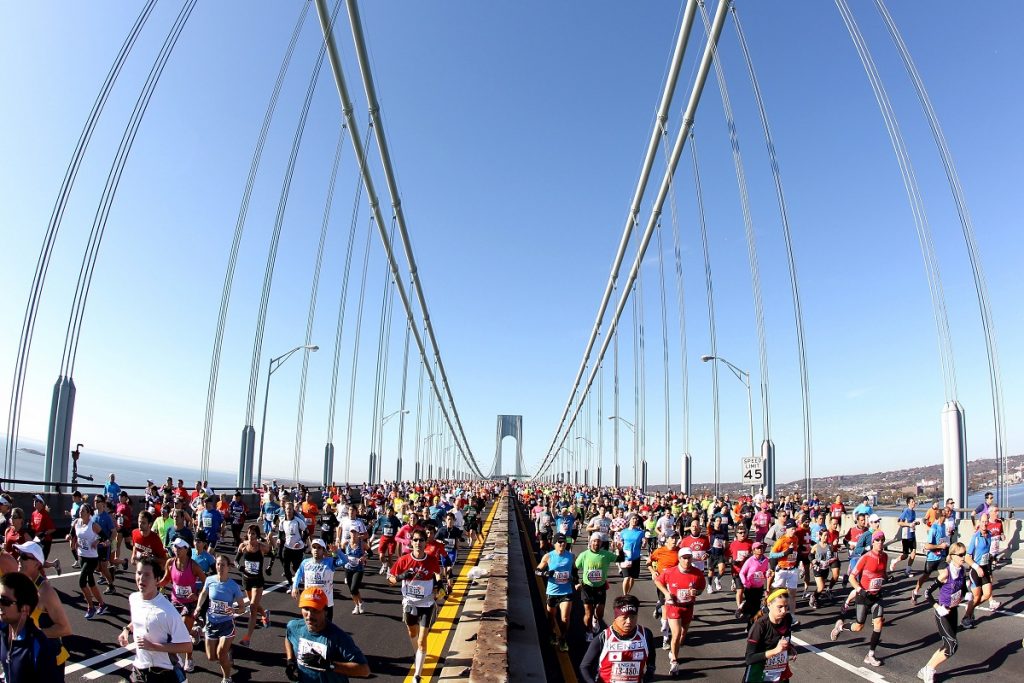 We welcome the return of travel, it's been well overdue for the industry. We caught up with Scott Graham, Marketing Manger at @CyclingIreland to discuss his return to travel plans. What's the first destination you'd like to go to? #Returnoftravel pic.twitter.com/9h9zDfxGLP

Looking to get back to travel? Here's how the new air travel system works @rtenews rte.ie/news/2021/0719…

Travel is back in Ireland. Your comeback event is right here sportstravelinternational.com. Runner? Cyclist? Triathlete? We can help you experience the world's best events #IrelandsSportsTravelExperts pic.twitter.com/N9vTio8q6n

Behind the scenes at the Tokyo Olympic village. We love this from Rhys Mcclenaghan. The Olympic excitement is building youtube.com/watch?v=PYkI7t…