It has been a tough twelve months, there can be no doubt about that. But, through it all, for Irish cycling fans at least, there has been one man bolstering the spirits of the nation. From incredible exploits at the 2020 Tour de France, to a stellar start to the 2021 season; Sam Bennett has been an inspiration and source of hope and happiness for us here at Sports Travel International, and across Ireland. We decided, this St. Patrick’s Day, to celebrate some of Bennett’s greatest cycling achievements from the past year

Not all heroes wear capes… but some do indeed wear lycra. 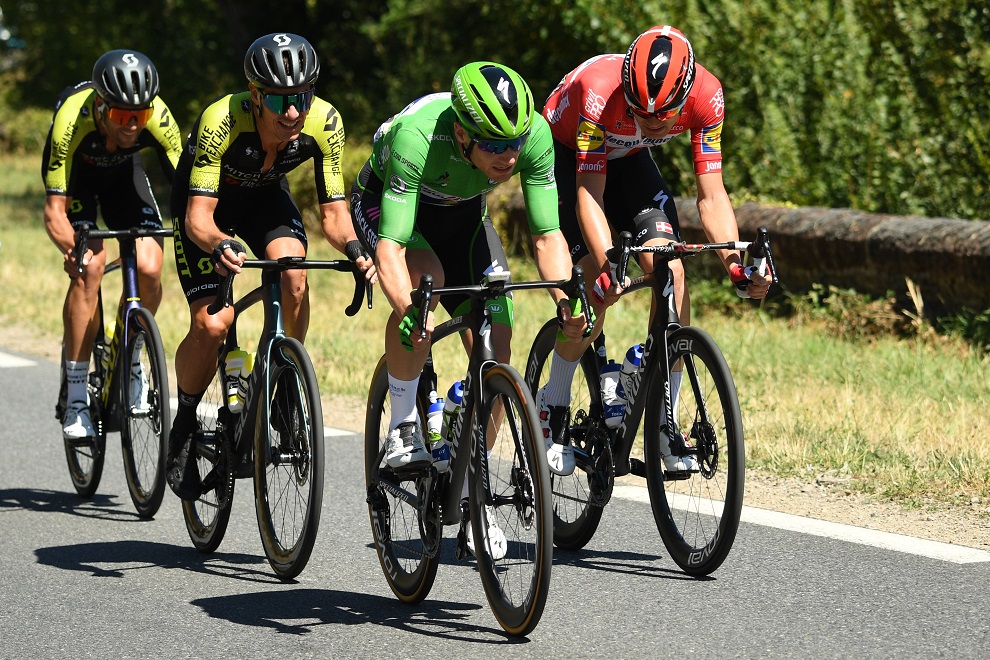 We’ll start with Bennett’s most recent palmares.  Last week, the 30-year-old sprinter enjoyed a very successful ‘Race to the Sun’. He claimed not one but two stage victories on the road to Nice. Winning the first stage, Bennett was able to enjoy wearing the tour leader’s yellow jersey for part of the race. Although eventually beaten to green by Primoz Roglic, as the slopes got steeper, Bennett finished the tour in second place for the green jersey competition. 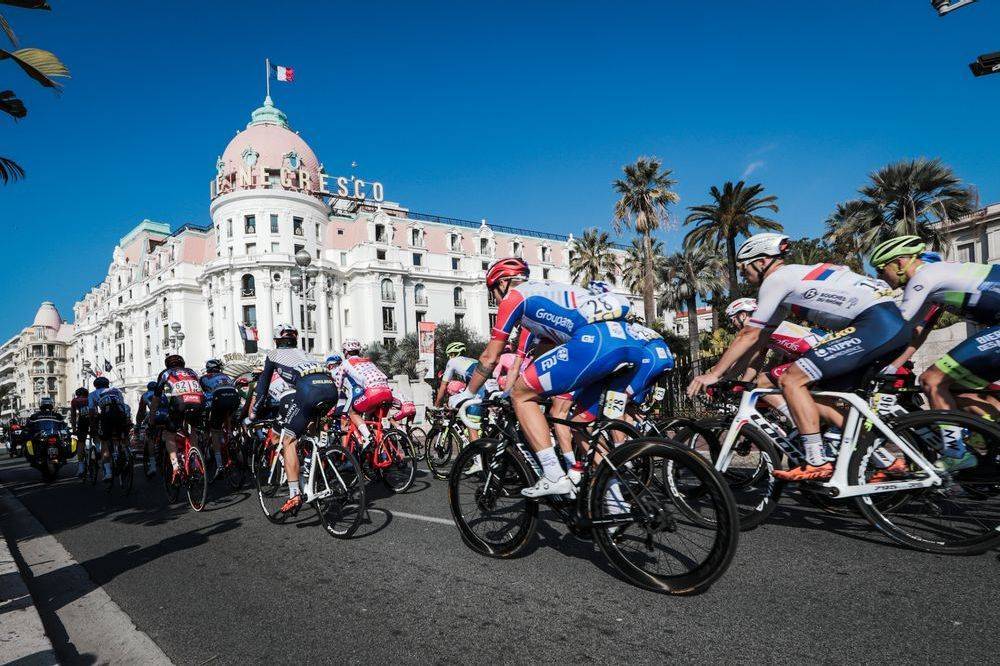 However, it was exactly Bennett’s riding on these tougher slopes that was perhaps the most impressive aspect of his Paris- Nice performance. He was close to being able to contest for the sprint finish on stage six, which was an uphill finish at Biot, and lasted much longer on the climb to the finish than many of his fellow sprinters.

His success in France was a great indicator of strong form ahead of his early season goal. Next weekend he will be targeting the win, and his first ‘monument’ victory at the Milan San Remo.

“It was good training for next weekend,” said Bennett of the week.

A Great Start to the Year at the UAE Tour

At his first major event of the year, Bennett proved that his heroic cycling exploits of 2020 were indeed no fluke as he rode to 2 stage victories at the 2021 UAE Tour. The Deceuninck–Quick-Step rider may have been denied a hat-trick of stage victories by frequent rival Caleb Ewan on stage 7, but none the less it was a great start to the 2021 UCI World Tour. He finished second in the points category.

His two stages at the UAE tour, combined with his two Paris – Nice stage wins already bring him to over half the World Tour stage victories he earned last year! 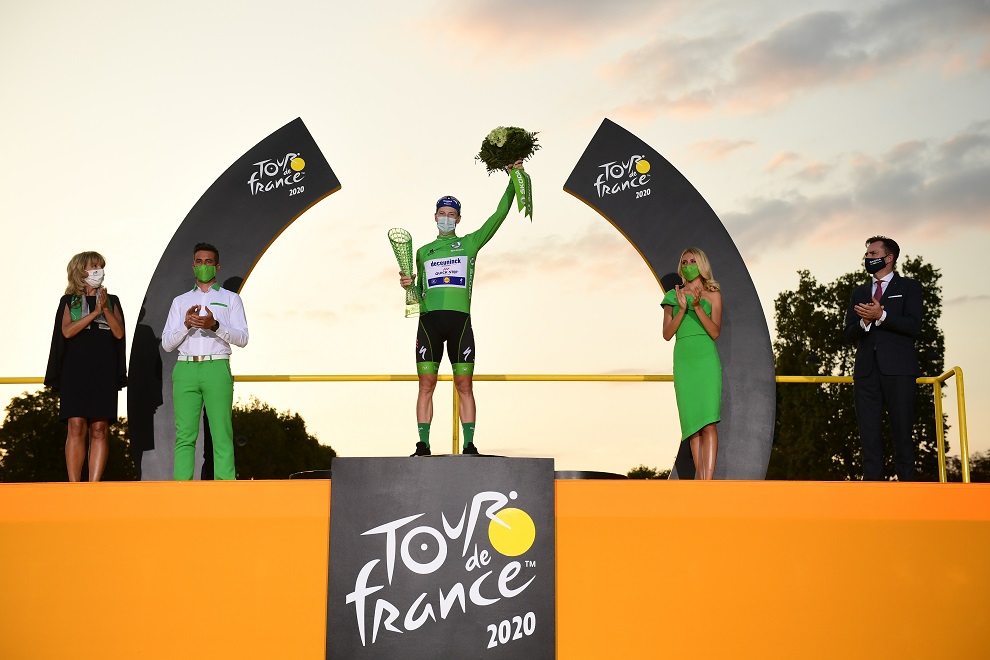 It would be hard to talk about Sam Bennett’s cycling successes over the last 12 months without mentioning his incredible feats at the 2020 Tour de France. Despite the lack of crowds and air of uncertainty surrounding the race, Bennett remained focused, and raced a superb tour.

In the end, he came away with two stage victories, including the win on the prestigious final stage on the Champs Elysees in Paris. His strong performance also saw him take the green jersey as the winner of the points classification, almost 100 points clear of his nearest competitor, former teammate, Peter Sagan. He Became the first Irish rider to claim the green jersey for over 30 years (with the last being his childhood hero Sean Kelly in 1989). Bennett is now also one of only a handful of riders to win the iconic Champs Elysees stage while wearing the green jersey. He said of his achievement.

“I CAN’T TELL YOU HOW EXCITED I AM … THE GREEN JERSEY, ON THE CHAMPS ÉLYSÉES. I NEVER THOUGHT I’D EVER BE ABLE TO WIN THIS STAGE; THE SPRINTERS’ WORLD CHAMPIONSHIPS, AND TO DO IT IN GREEN, IT’S JUST SO AMAZING.” 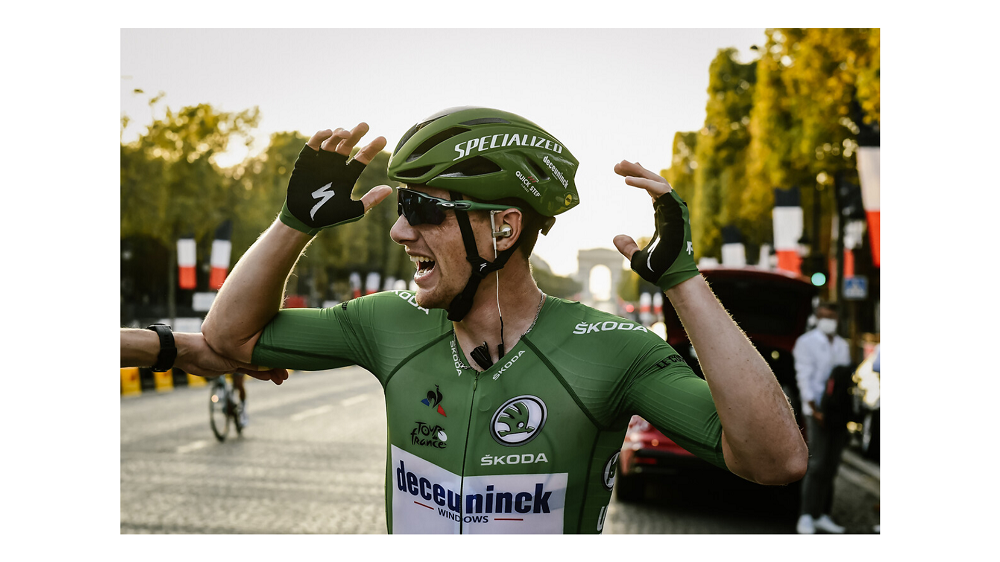 For info on how you can travel to the Tour de France 2021, to watch as Bennett tries to defend his title, see HERE!

Looking Forward to a Bright Future

Here at Sports Tours International, we can’t wait to get back to what we know and love best, the world’s biggest sporting events. We believe that there is a bright future on the horizon for Irish sport (perhaps bright green in Bennett’s case). And we’re really looking forward to being right in the centre of it all.

Visit our website to find out more about how you can join us at one of our unforgettable Running, Cycling, or Triathlon events.

Happy St. Patrick’s Day from everyone at Sports Travel International!