The current global crisis has caused a seismic shift in the way many of us live out our day-to-day lives. One group of people in particular, who have been forced to drastically change the way they do things, are runners. Specifically, runners who attend mass participation events. Countless running events, the world over, have been cancelled or postponed, and with good reason. But, that doesn’t mean runners can’t wish things were different! One such runner is Alma McClorey.

Alma and her sister Petrina have been on a most unique and inspiring running journey, as part of their efforts to fundraise for CMRF Crumlin. CMRF Crumlin are a charity whose purpose is to fight the causes and effects of childhood illness, until all children can live healthy lives and reach their full potential. The charity challenges invite people to join with the community of doctors, care teams, scientists, and health professionals who will do #whateverittakes for sick children.

At Tokyo and Boston respectively, Petrina and Alma were due to achieve something incredible in 2020. They were on course to become the first set of sisters from Ireland ever to finish the six prestigious Abbott World Marathon Majors; a feat that both the team at CMRF and we, at Sports Travel International, hope to witness next year! 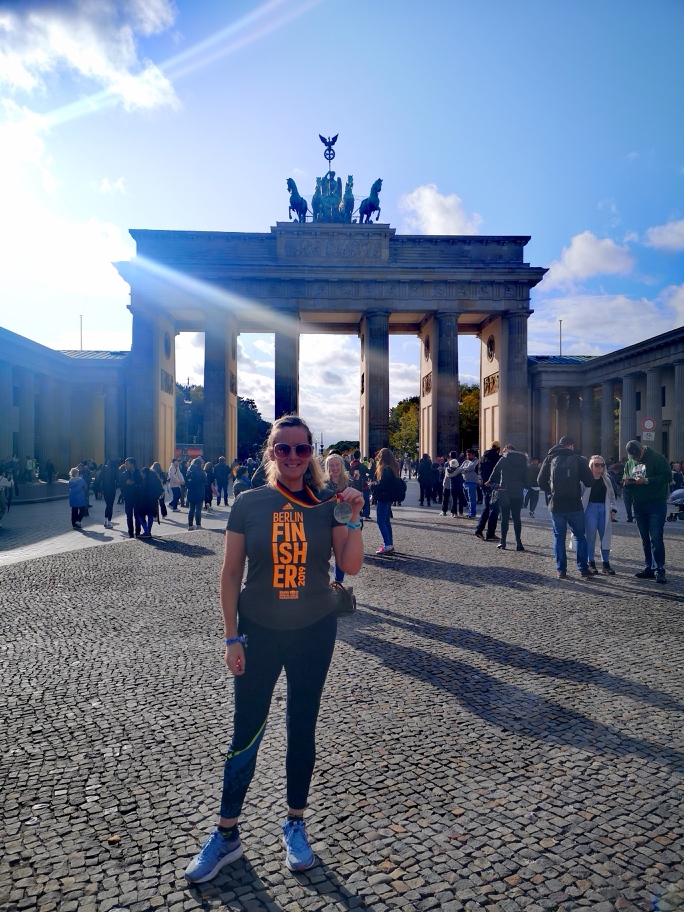 A Sports Travel International customer, Alma was happy to talk to us all about her running history, her love for the sport, and how COVID-19 has affected her running schedule.

Like many amateur runners, who are just starting out in the digital age, Alma’s journey began thanks to one of the many popular fitness apps that are sweeping the market:

“I started running about 6 years ago when I downloaded the couch to 5k app – had never run up to that.”

It was the beginning of an exciting fitness journey for Alma, and it wouldn’t be long before she felt confident enough to take on her first official marathon challenge, and began to learn all about the global running community:

“My first marathon was Dublin in 2015 – it was great fun!   My sister Petrina also ran the marathon that year for her first time, so we both got hooked.  We went to Chicago for the marathon, and we’d never even had heard about the World Majors until then, but once we learned about the same – it was a challenge we embraced.”

As time went on Alma would compete in even more incredible running events, including runs in some of the most iconic locations on Earth! Specifically in ‘The Big Apple’ with her sister, which she admits is one of her most memorable running highlights:

“I really enjoyed the NYC marathon, as I went with Petrina and a great group for Crumlin Children’s Hospital – it was amazing!  I’ve never forgotten turning onto 1st Avenue; the crowds were with us all the way, it was a brilliant experience.

Not only this, but Alma also braved one of the hottest marathons on record when she ran the London Marathon in the middle of a heatwave… Memorable for a totally different reason, but still an astounding achievement:

“We also ran the London Marathon 2 years ago. It was 27 degrees.  That was very memorable as well, as the support was unbelievable that day.”

These challenges were nothing compared to what Alma has described as the most difficult moment(s) of her running career, though, which came in the form of back-to-back marathons. An unbelievably difficult task, even for the most road-hardened runner: 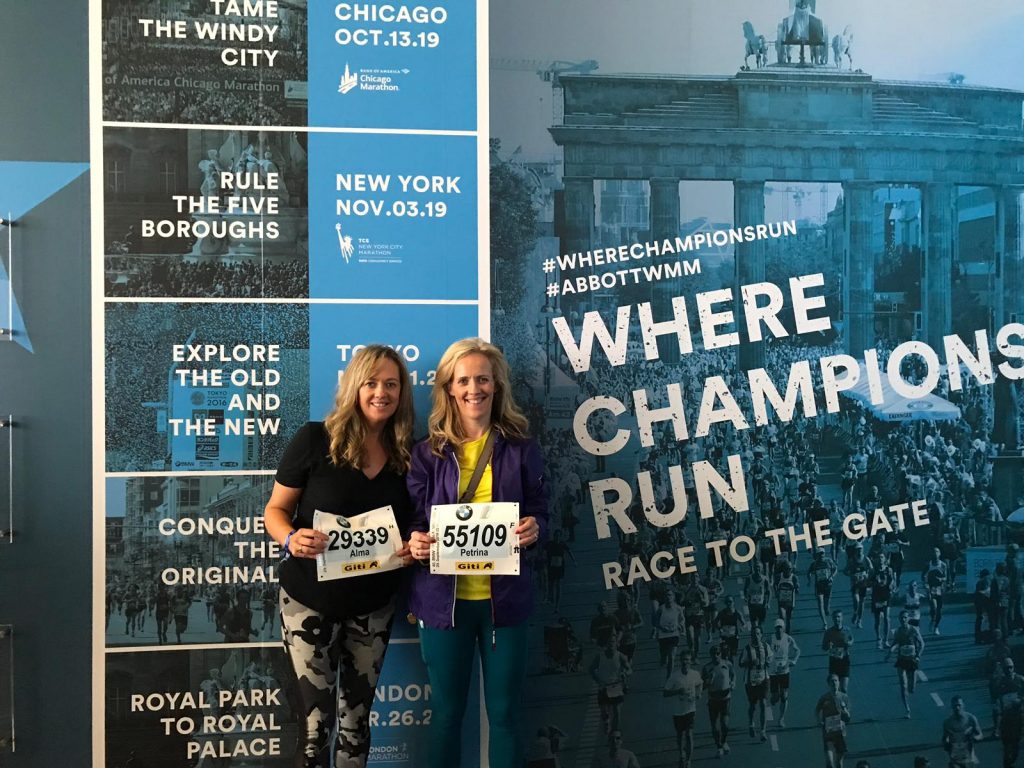 “Last year I ran Berlin and Chicago within 2 weeks of each other.  I got a PB in Berlin and took it very handy in Chicago. Looking back, I don’t think it was the best idea doing 2 so close together but they were 2 great marathons, and I’ve so many good memories.”

But through any and all running challenges Alma has faced, what always shines through is her love of the sport, and there are so many aspects of training regularly that Alma gravitates towards:

“I have a fantastic bunch of friends that I go running with and marathon training.  Some Saturday mornings there could be 10 of us out running and we have a good laugh!  I always make sure I get some photos on our runs, as I love to do a movie collage before the marathons for my friends,so we can look back on all the great fun we had.”

Alma is also very thankful to Sports Travel International and our fantastic team, for making all her runs truly memorable experiences that will last a lifetime – thank you Alma!

“I also really enjoy the marathons abroad with the Sports Travel team. There is always a great bunch of people doing the marathon, and it’s always a brilliant medal party after!  You come home then with a new group of  friends that you bump into at various races, I love it!” 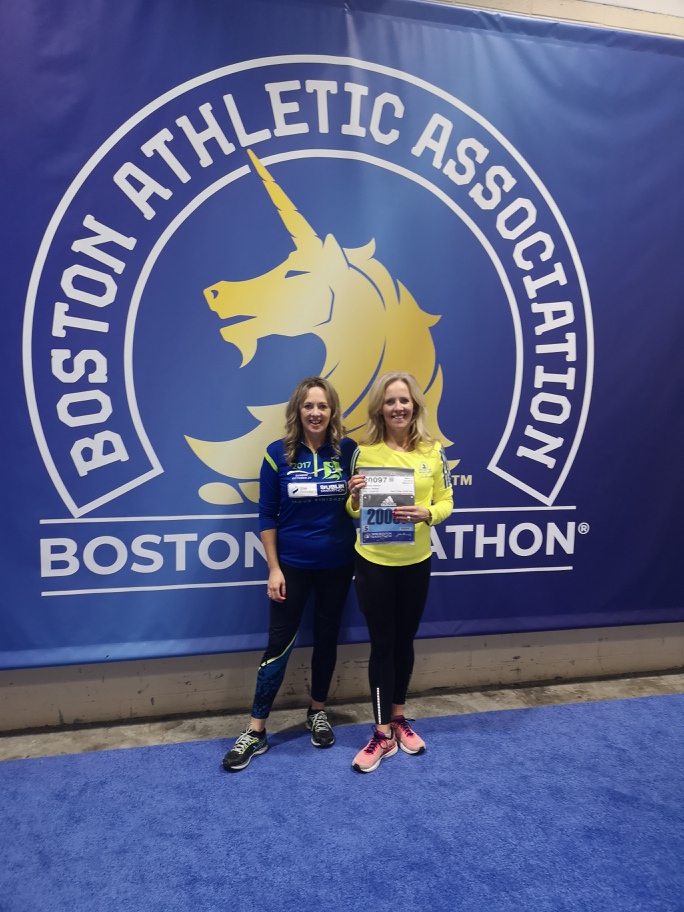 Like everyone in the running community, COVID-19 has thrown a very unwelcome spanner in the works of our running plans. Whether this be every-day exercise or running events as a whole, we’ve all been forced to shift our expectations to something on a much smaller scale, Alama included:

“I was due to do Tokyo and Boston this year, so obviously I was very disappointed. I would have got my 6th star in Boston, but you have to think of the bigger picture and be grateful that I’m still healthy and I’ve something to look forward to in 2021 now instead. There was 8 of us going to Tokyo and 3 were getting their 6th star there. It was cancelled only 2 weeks from departure, so I really was devastated for the girls at that stage. Covid was only starting then, so we didn’t know what was ahead of us.”

None of us truly knew what was ahead of us. But since the lockdown began, perspective for Alma has shifted from ‘what we’re missing out on’ to ‘what we can look forward to.’ A positive mindset that’s sure to help anyone struggling to deal with the situation:

“I’m originally from the West of Ireland, and I can’t wait to get back home to Sligo, see my sisters and parents, go for a walk on the beach, and feel the sea breeze again!  I miss it so much. I’m hoping Boston may still happen in September this year, but it’s looking unlikely at this stage.  I’ll hold off starting the training just yet!”

As for what runners can be doing during lockdown, Alma has some top tips that might come as a surprise to the most dedicated of you:

“Enjoy the break! I haven’t done much running lately; I think my body needed a rest, so I bought a bike instead and I’m enjoying going out cycling with my kids.” 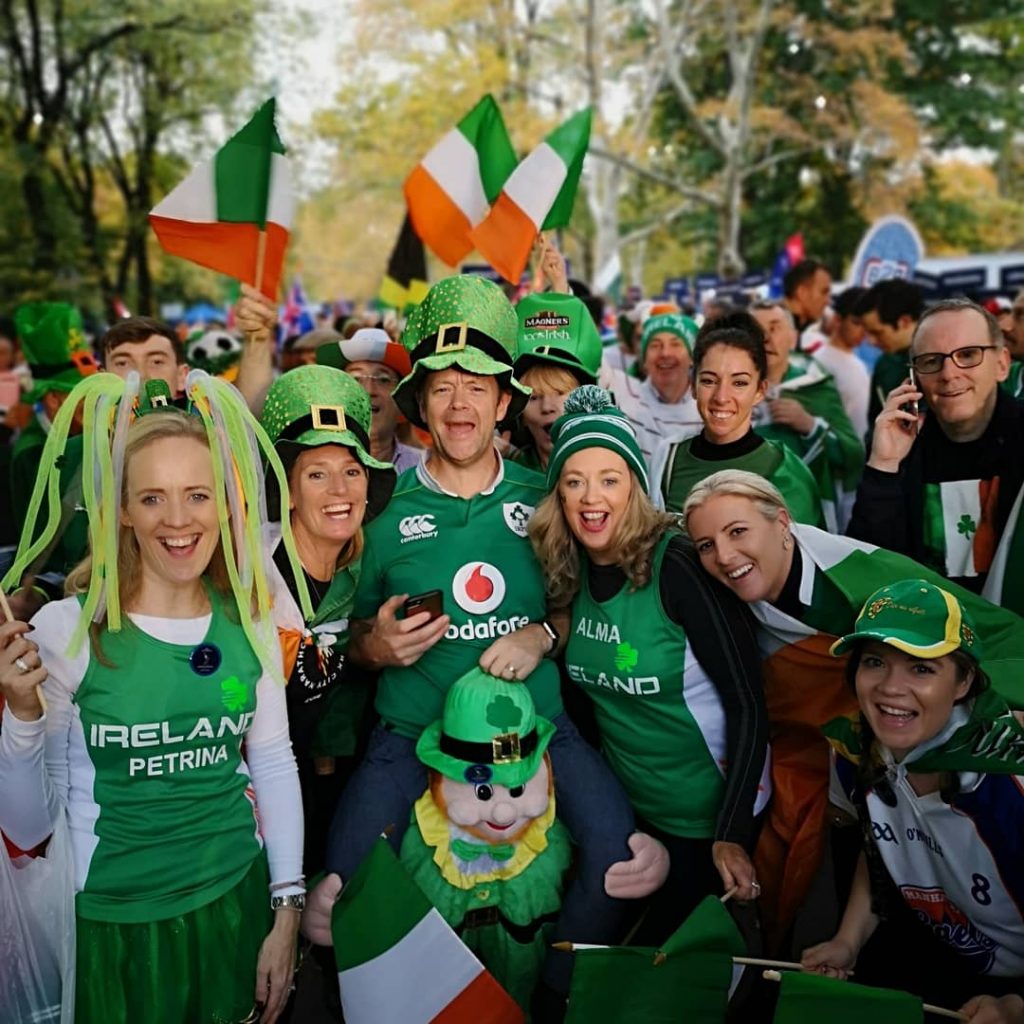 A Note From CMRF Crumlin

CMRF Crumlin has been involved in taking fundraisers to the New York marathon for 27 years; first brought over with Eamonn Coghlan as Team lead.

CMRF Crumlin is delighted to have Alma Mc Clorey take on the Abbot World Marathon Majors as a charity runner; having started her journey in New York in 2018, and getting the marathon bug alongside her sister Petrina. She has continued the journey with CMRF Crumlin by running in London and Berlin in 2019, and aims to continue her charity participation in Tokyo and Boston in 2021. Raising funds supporting Crumlin Children’s Hospital and the National Children Research Centre; we can see the impact that our charity challenge runners have.

We are looking forward to seeing Alma and Petrina complete their goal of the Six Major medal in 2021, and continuing their support of the hospital and research centre.

… And from everyone here at Sports Travel International, we certainly hope to see Alma, and the rest of our extended running family, back in major competition very soon!

Planning to take on an event this year? We know that there's probably a few questions that you might have before making a booking. Our team will be more than happy to help you with any questions you have Contact us via phone, email or zoom, Details at sportstravelinternational.com… pic.twitter.com/JS0MtaKLdB

As we all prepare for a new normal, we can't wait to help you have amazing active holiday experiences again in the future. Whenever the time is right for you to take on a fantastic adventure we'll be here for you. sportstravelinternational.com pic.twitter.com/HnO5oYCPO8

Brilliant! We are going to have some cycling to watch sooner rather then later 👍 twitter.com/Cyclingnewsfee…

Any decent throwbacks that you can share? Perhaps you've been to the International running challenge? If you haven't you should try it sometime: clublasanta.co.uk/event/inter… twitter.com/ClubLaSantaUK/…