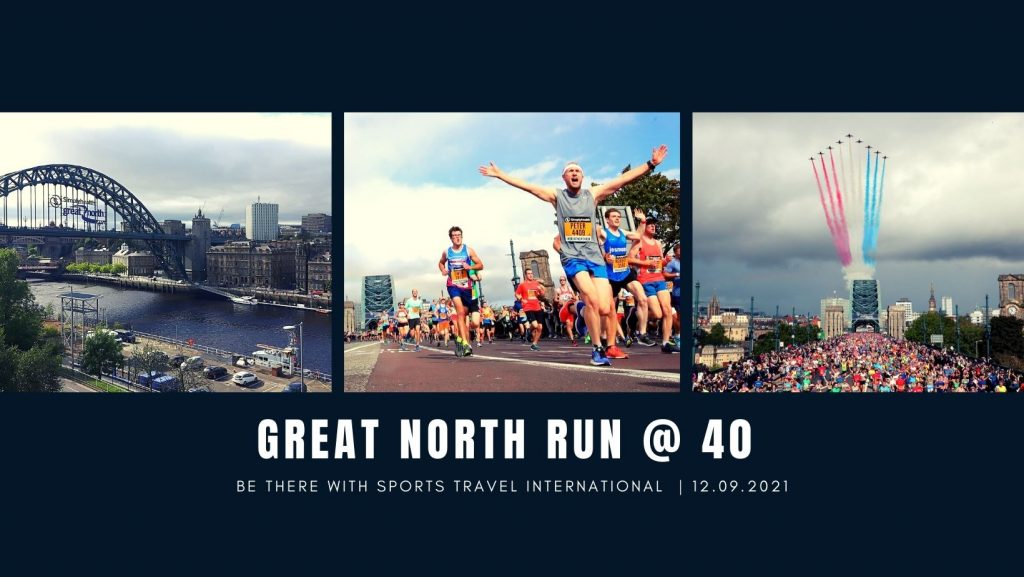 In 1979, former GB Olympic medallist, Brendan Foster was inspired. He had just returned from the Ports of Auckland Round the Bays Race, in New Zealand, and wanted to bring that fun, mass participation atmosphere home. 2 years later, the Great North Run was born!

Starting as a fun run in 1981, The Great North Run quickly grew. Soon, it was the UK’s largest annual half-marathon event, hosting some 47,000 runners in 2003. It fast became one of the most iconic events on the British sporting calendar.

The route, from Newcastle, passes over the iconic Tyne Bridge, and past the Gateshead International Stadium. There are music stations on route to keep you entertained as you run. The on course nutrition and hydration stations mean you’re sure to enjoy the race of your life. At the finish, in South Shields, you will find all the post-race hydration and aftercare you could possibly need PLUS an athlete’s village where you can wander around and soak up the incredible atmosphere!

This year the Great North Run is Back! The 2021 edition will mark not only the 40th anniversary of GNR but also the 40th running of the race. This will be a huge celebration and festival of running like no other. The Great North Run 2021 is NOT an event to miss!

Due to the high number of entry roll overs, from the 2020 edition of the race, the Great North Run 2021 is SOLD OUT. But never fear, you can still get fully supported entry and accommodation packages, for the, 40th Anniversary Edition from Sports Travel International. 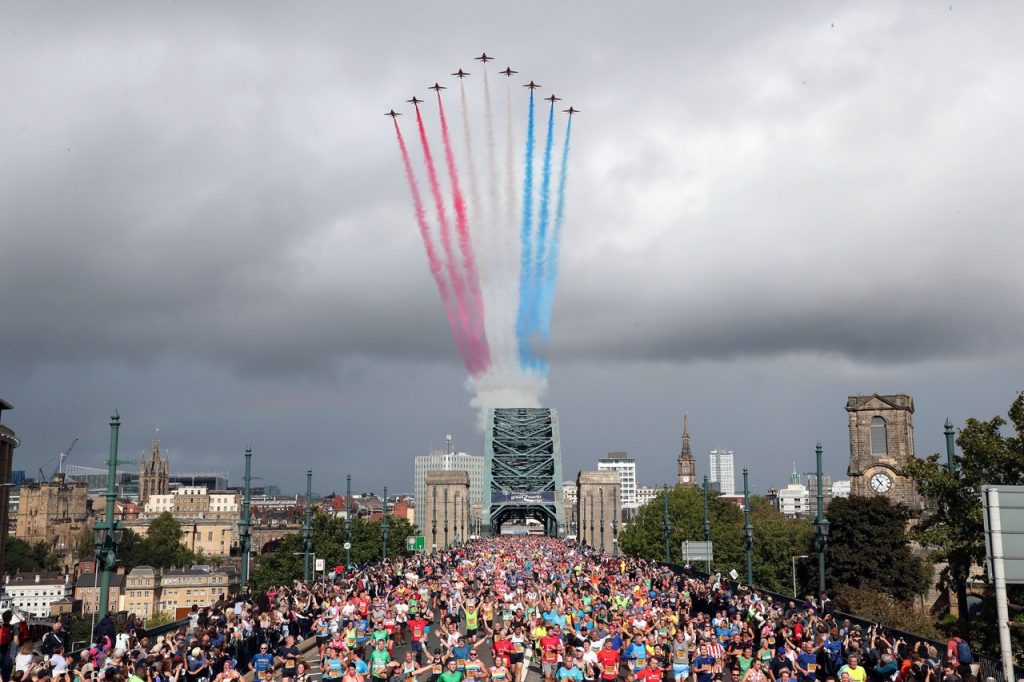 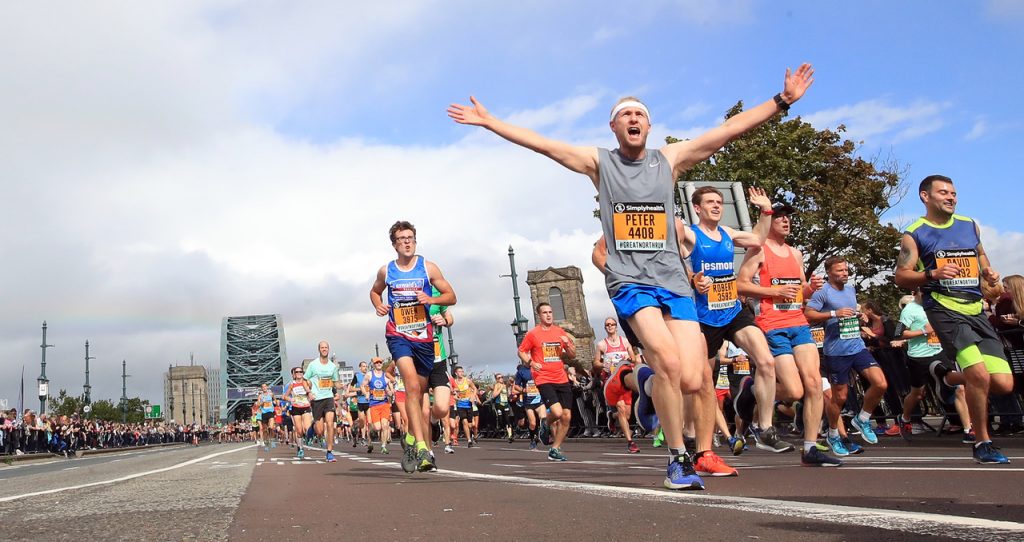 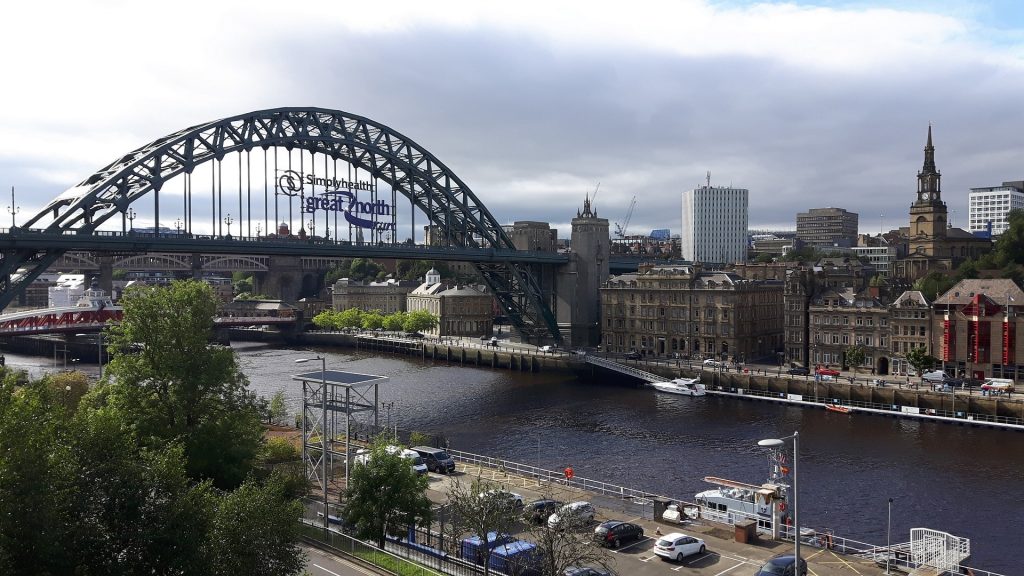 The Simplyhealth Great North Run turns 40 this year! Here's 13 facts on one of our favourite half marathons. sportstravelinternational.com… #running #IrelandsSportsTravelExperts

The Tour de France is only a few weeks away. We can't wait to see the world's best go wheel to wheel. Here's to more memories like this please @Sammmy_Be 😃 pic.twitter.com/mEeDPcWlCv

We are looking ahead to one of the stand out events in the marathon calendar this autumn. The Virgin Money London Marathon. Here’s our top things to do on your marathon weekend sportstravelinternational.com… pic.twitter.com/Xx2LkX5q6M

Happy World Bicycle Day - this day focuses on the benefits of using the bicycle. From the sportive riders to the commuters and leisurely riders, our team salute you. For more information on World Bicycle Day click below un.org/en/observances… pic.twitter.com/TIDk3fkrHp

Happy #GlobalRunningDay to all our runners. Join thousands of runners this week and lace up your shoes and run the world in celebration of a day that encourages everyone to stay active and healthy. globalrunningday.org pic.twitter.com/jhoJFdUc65